The Toddlers have been exploring with the magnetic toys we have in the classroom. Easton, Rian, and Jackson had discovered that the magnets stick to the doors in our classroom. Educator Megan took the opportunity to expand on the children’s interests with the magnetic wands. We placed our sensory bin in the classroom and we had objects for the children to explore that were magnetic and non-magnetic. We first talked about what a magnet is and what types of objects are magnetic such as “metal” we then talked about things that are made with metal like the doors in the classroom. The children all had a hands on opportunity to visually see what else was magnetic in the classroom. Rian was explaining how “the train” is magnetic, and Alice pointed out that the “baby not stick” to her magnet. Miles also kept trying all the objects in the sensory bin once he noticed if it was non-magnetic, he would move onto trying another object until one was magnetic. Through trial and error, and cause and affect, the children discovered what was magnetic. 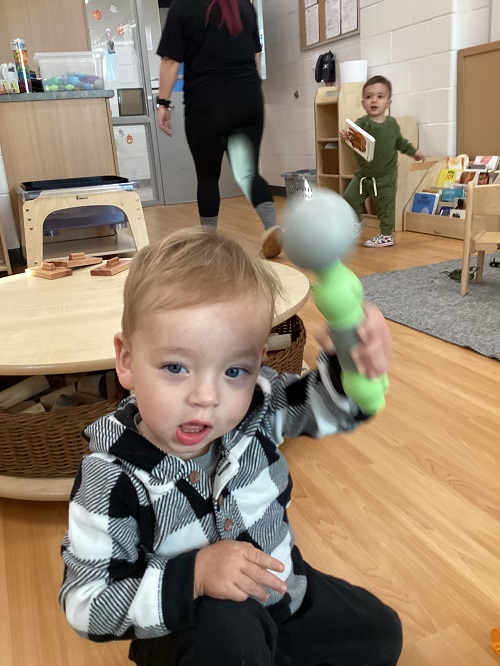