Early on in our Sr. Summer Camp program we noticed paper from the creative exploration station was being used to make paper airplanes almost on a daily basis. Once we noticed this interest we knew we had found our project for the summer. Airplanes! One day some of the campers decided to have a competition and take their paper airplanes outside to see whose flew the farthest.

When asked what they wanted to learn about airplanes, their interests were related to airplane engines, speed and size. This was a great opportunity for us to learn more about this topic together. The campers were asked to draw their representation of an airplane based on what they already knew. Campers were also asked to share their guesses about the speed of airplanes. We had a wide range on this one

Every week we explored a different topic. We watched documentaries to know more about paper airplanes and later on, the actual structure of airplanes. We touched upon some foundational basics about the elements of the engine, the role of wind, and the importance of wings.

We also used our imaginations and creativity while investigating this topic. Challenges were offered to the campers on a weekly basis to encourage them to think outside of the box.
Some examples are:
*to create your own paper airplane and test the longest flight
*design your airplane structure with loose parts
*exploring the best material to create the wings for our miniature electrical engine

This was a fun project for the campers, and one that they were very interested in! 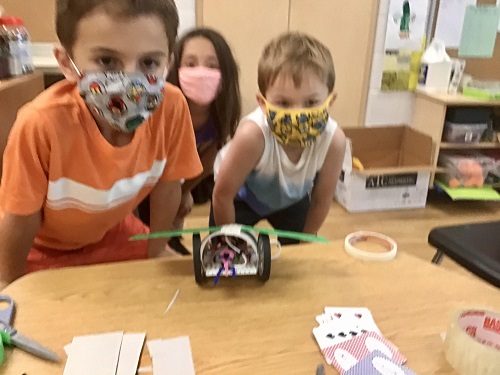 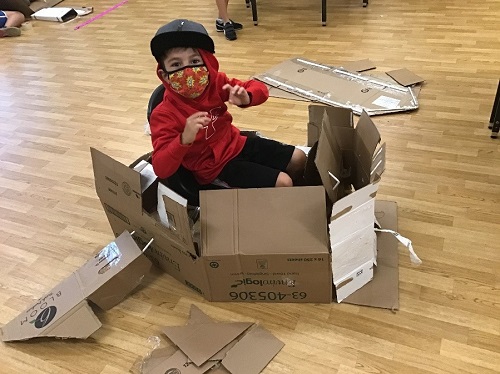