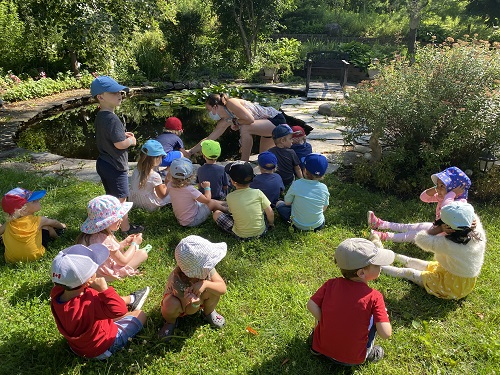 Over the course of the summer, the Preschool 1 program has visited Nithridge Estate several times. The initial draw to this location was the horses the children had been practicing feeding; however, one day the group switched things up. Educator Alyssa suggested the group stop by the pond on the way down to the horses back. Upon closer observation, something was spotted swimming through the water. "A fish!" Mack exclaimed. Educator Candice explained that these were not fish, but tadpoles. One by one, the group had the opportunity to observe the tadpoles and discuss the differences they noticed between fish and tadpoles, such as the little legs on the sides of their bodies.

With each return visit, the group continued to request a walk down to the pond to measure the growth in the tiny tadpoles. The most recent visit presented the greatest surprise. "Look! A frog!" a group of children pointed out. As the group attempted to get a closer look, the frog jumped into the water and Calvin immediately gasped, requesting the "toad" be saved. Educator Alyssa then explained that this was a frog, who was meant to live in the water which is why we spotted the tadpoles swimming earlier in the summer verses a toad that lives on dry land.

The learning that occurred surrounding the life cycle of a frog was made evident in classroom experiences. During a playdough experience, Calvin wrapped a rubber frog in a green ball of playdough. "The frog is in the egg; it's going to hatch into a tadpole!" he explained. This exemplified the significance of connecting with nature and allowing the outdoors to become part of the learning environment. 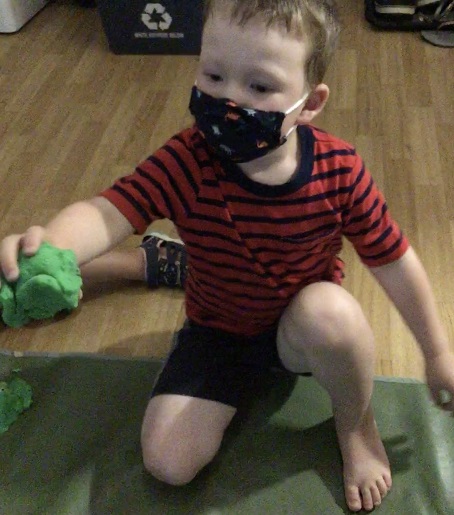 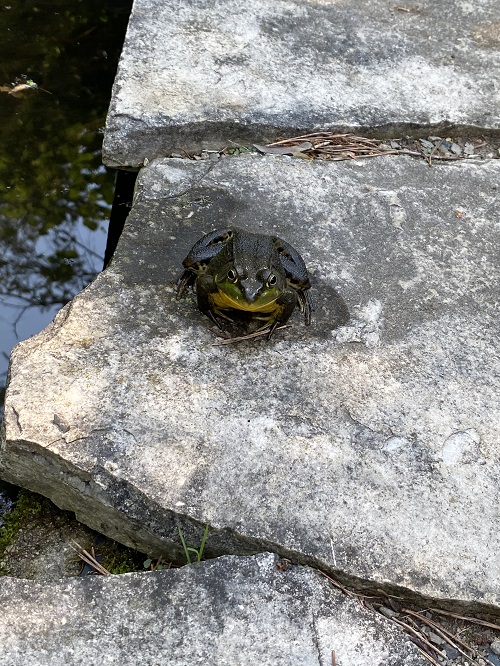 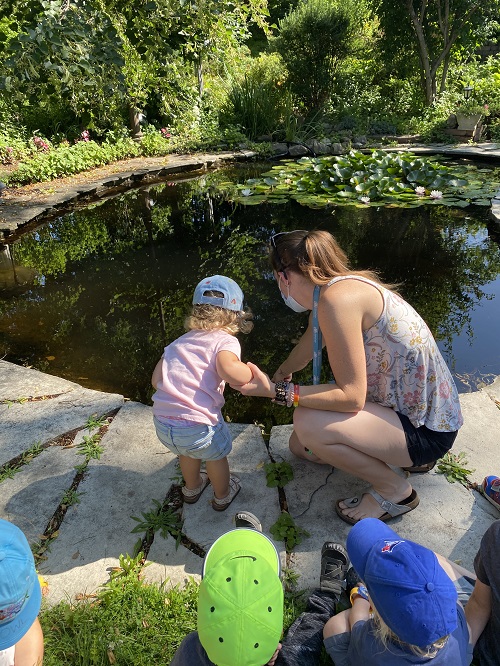