Clang clang rattle bang bang, we’re going to make our noise all day! The Toddler 1 children at St. Brigid have been expressing excitement towards music and dancing. The children often request action songs and books that they love to sing along to. While we were participating in some gross motor play with bouncy balls and ramps, Anna took her ball and grabbed a plastic tube. She decided to put her ball on the end of her tube and hold it like a microphone, then she began to sing into it. The rest of the children all paused and watched her, then they all grabbed a tube for themselves to make a microphone as well, this was a great example of representation. 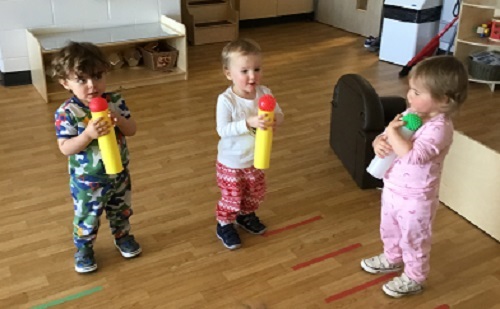 The following week Brittany added to the children’s interest by bringing in a toy microphone and a child’s keyboard. The toddlers were very excited to explore the new items and quickly joined her at the table. The toddlers demonstrated their increasing vocabulary by learning and repeating new words such as "keyboard", "notes", and "microphone". At first the children were hesitant to touch the keys on the keyboard, but after observing Brittany pushing on them, they were more than happy to give it a try. Each time a key was pushed the toddlers would get excited at the different sounds they were hearing. Soon all the toddlers had a chance to play some tunes while their friends sang along to some of our favourite songs. The most popular song was; “Clang clang” from one of our favourite books; "Mortimer" by Robert Munch! 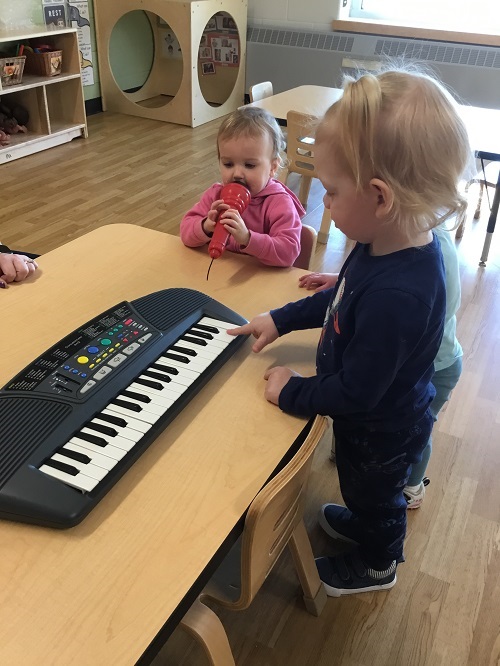 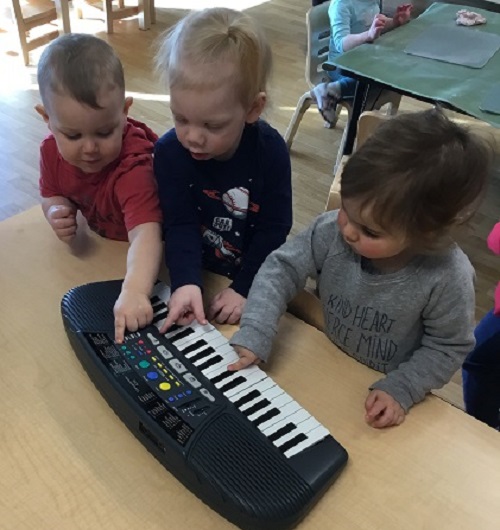