The infants at RisingOaks| St. Brigid have shown an interest in bubbles. Instead of doing regular bubbles, or soapy bubbles like we usually do, the infant educators wanted to take things in a different and fun direction! This is where the science came into play, educator Michelle filled a big bottle with oil, “Wow” Amina shouted as she watched the oil spill into the bottle. Next Michelle carefully added in some food colouring. The food colouring was placed in front of the infants and each child got to pick the colour they wanted to add. We ended up with purple, blue and some red! After the food colouring was added it was time for the magic to happen! Michelle opened an Alka-Seltzer tablet, she handed it to Cruz and said “Drop it in” with a big smile, Cruz smiled even bigger as he added the table into the mixture! We watched as lots of little bubbles mixed with the food colouring and made the colour bubble and dance around. “Wow” Adama and Cruz shouted as they watched and pointed! This was such an easy and fun experience, we definitely plan on doing it again! 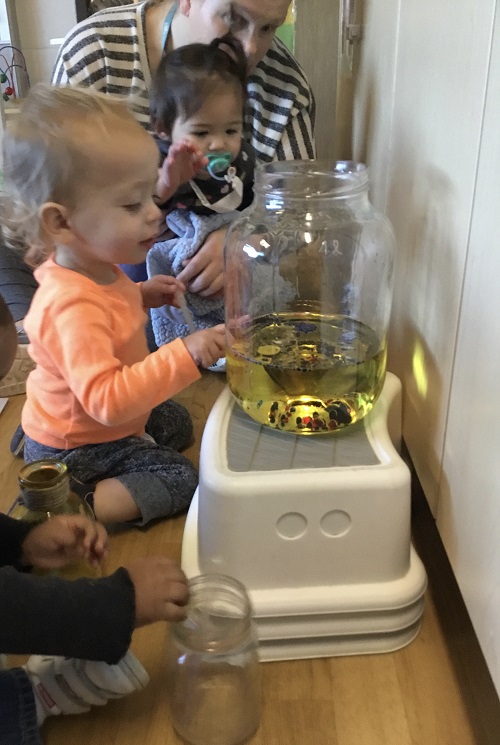 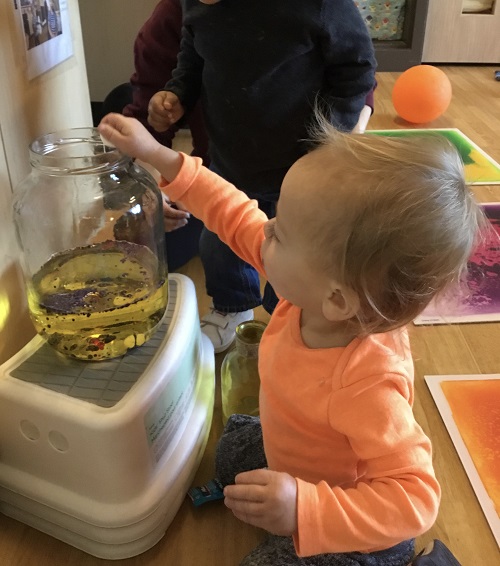