Over the past few weeks, the toddlers have been exploring pumpkins. It all started when different sized pumpkins, zucchinis and squash were placed in the classroom. The children explored the pumpkins with some markers. The children were able to colour on the pumpkins and then wipe the marker off. Next, we had to give the pumpkins a bath to make them nice and clean. 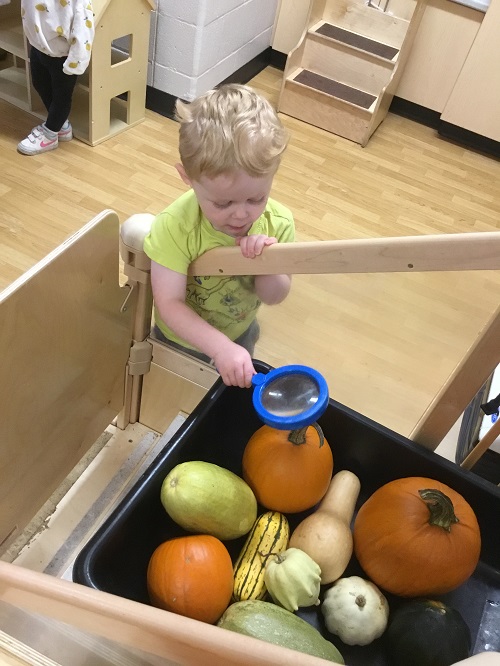 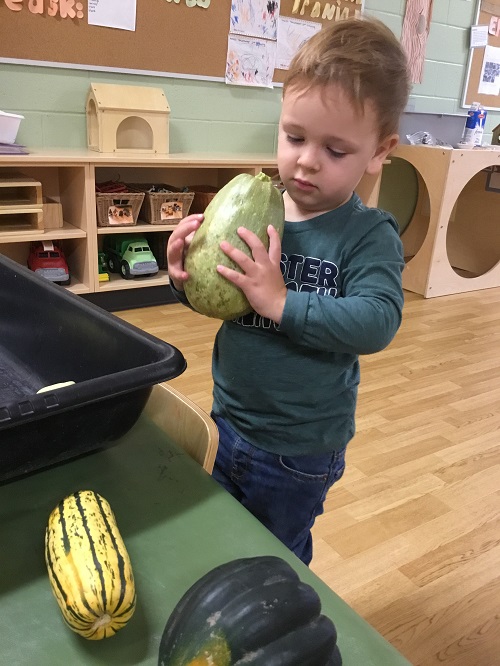 The following week we went on a walk to see the horses, while we were there we also had a pumpkin hunt. The children were able to look around and see if they could find their own pumpkin to take home. Aubree was really excited to see what was inside her pumpkin. Sara decided to open up a pumpkin we had at the class. Sara then asked everyone what was inside the pumpkin. KJ said, “Pumpkin.” We had to open the pumpkin to find out. When we opened the pumpkin Jones was so excited. We found out that the pumpkin had lots of seeds inside as well as the rest of the pumpkin filling. We all had the opportunity to feel it. Some were a little hesitant at first, but everyone got to feel the inside filling. 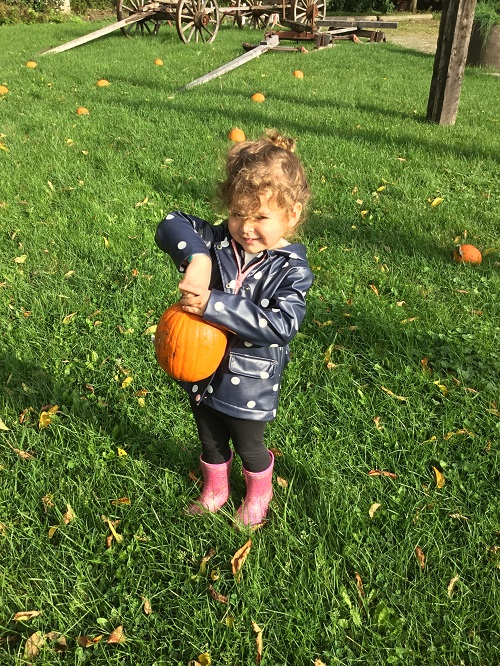 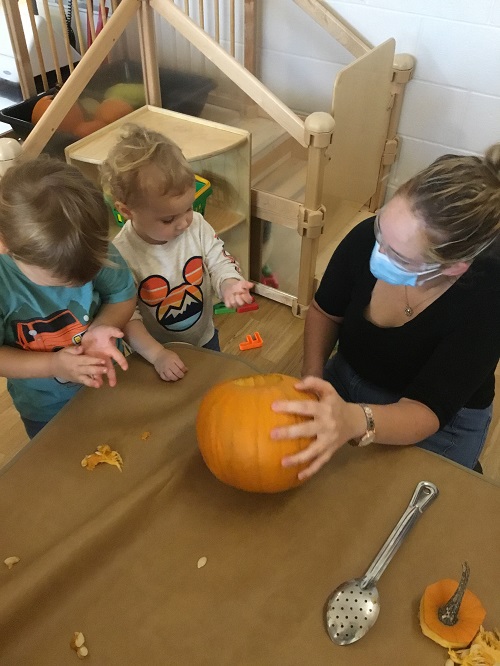 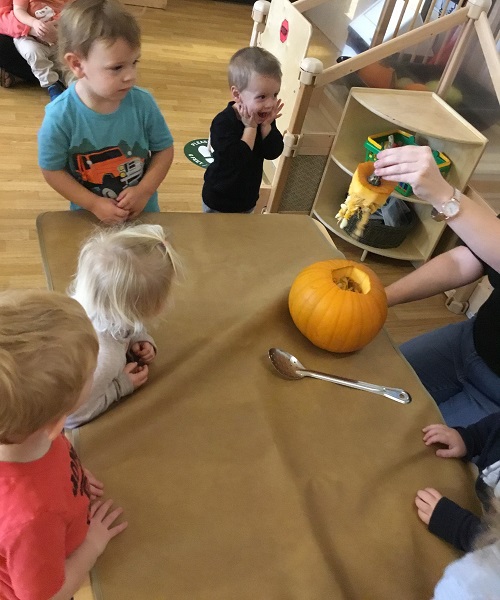