This month we have been practicing using open face cups. This is not a skill that is usually learned in an infant room but is once in a toddler program.The interest of using an open faced cup came from the children as they observed Ceci who uses them all the time! Ceci and her family practice "Baby lead weaning". This was a term we hadn’t really heard before she joined us. The Educators decided to do some research and what we found was amazing! It encourages tasting and trying new foods, bigger pieces of items like half an apple instead of smaller cut up pieces and of course the use of open cups.

The other children would sit or stand by Ceci and watch how she would drink from the cup. As educators we took this as the perfect opportunity to allow our other children to try as we believe all our children are competent and capable little individuals. When served the smoothie, we decided that this was the perfect opportunity to try open cups as the smoothie has a thicker consistency. With some help from their educators the infants were able to pick up on the motions they needed to use in order for the liquid to reach their mouths. The infants all looked so excited and overjoyed about having the opportunity to prove just how capable they are!

At first the infants took some time to observe the cups and check them out. Matthew leaned over top of his and sniffed. “How does it smell?” Kiva asked. Matthew smiled then smelled his smoothie again. The children used their non-verbal communication to let the educators know that they needed assistance. They signed “help” using two hands. After a few tries, most of the children felt confident enough to hold the cup on their own. They seemed to understand the motion of tipping their head back while they drank. The infants are going to continue practicing this skill with milk and water. We are very excited to see the progress as we change the liquid. Have you ever thought about trying something like this at home with your child? 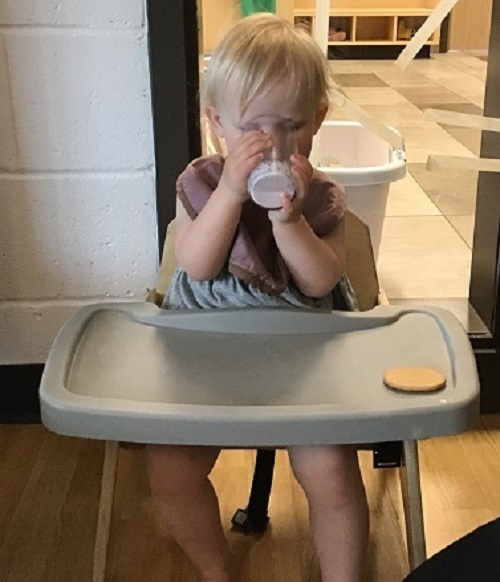 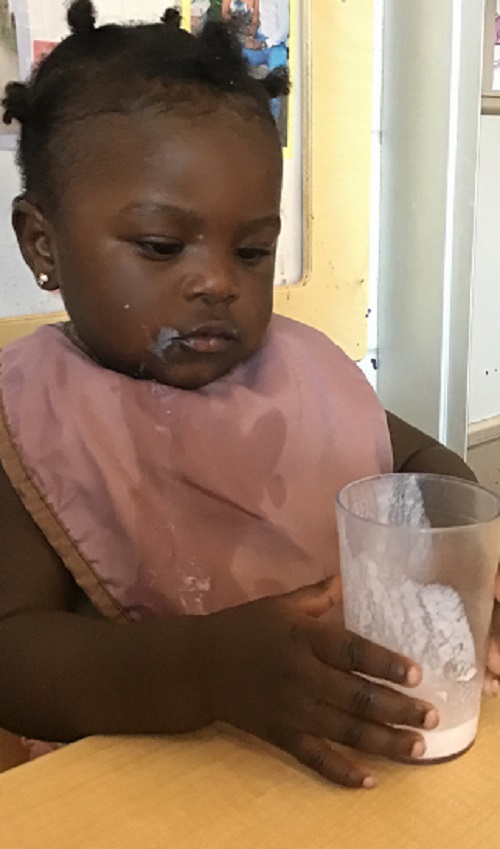 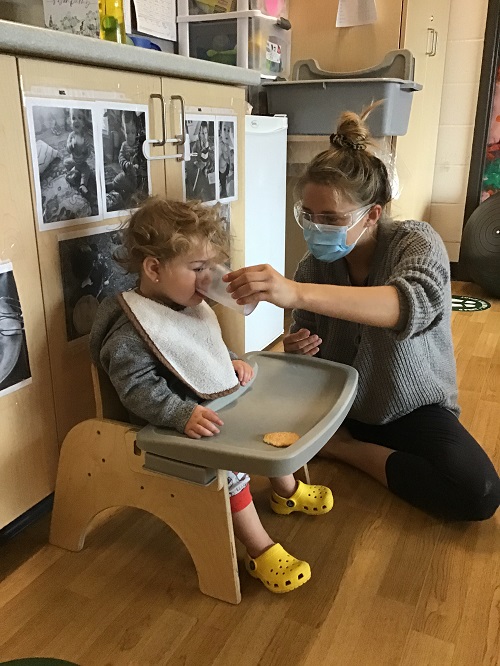 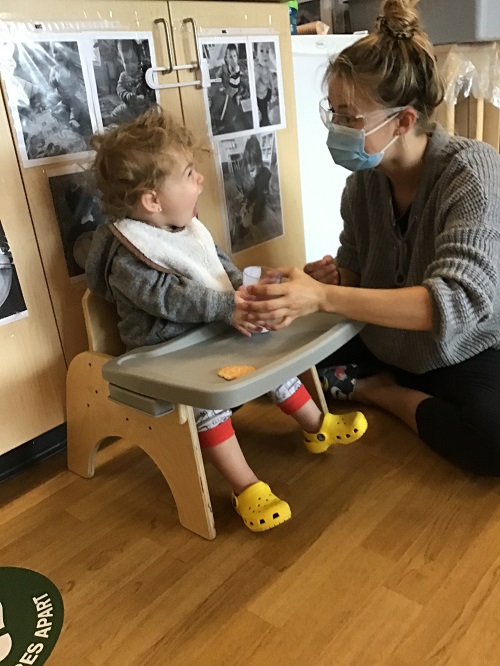