The infants have been had a fun filled summer! They kicked it off by celebrating National Mud Day! The beautiful sunshine made it too hot to enjoy mud day outside. So educator Aly made a mud area in the back corner of the classroom. The infants enjoyed squishing their hands and feet in the mud. They explored trajectory as they threw the mud on the floor and garbage bag covered walls. They used different utensils to transfer the mud from the pile into a container. This lasted all morning as they enjoyed the sensory experience of mud day. 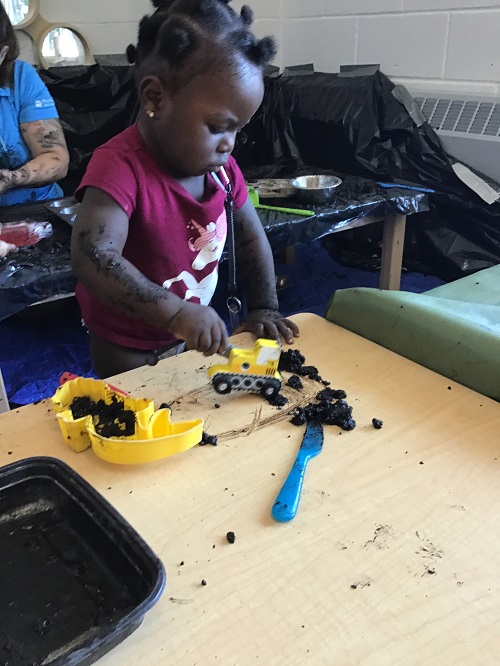 Water play is an essential part of our summer in the infant room. The infants worked with water and different materials inside the classroom and on the playground. During an indoor water day, the infants washed the toy animals. Their curious minds wanted to know what would happen if they dumped their water onto the table? This created a giant puddle across the whole table. There were lots of giggles as the infants splashed the water with their hands. They took this opportunity to experiment with trajectory. Using their hands and whole arms they swept the water off of the table and watched it go flying onto the towels below. During an outside water play session, the infants found another way to make puddles! The educators turned on the garden hose and the infants took turns holding it. As the water flowed from the hose, puddles formed in the sandbox, on the bike path and in the grass/dirt area near the climbing stumps. The infants loved running through the puddles. They scooped water from the puddle with plastic cups, then poured it out into the same puddle. The infants took puddle jumping to a whole new level! 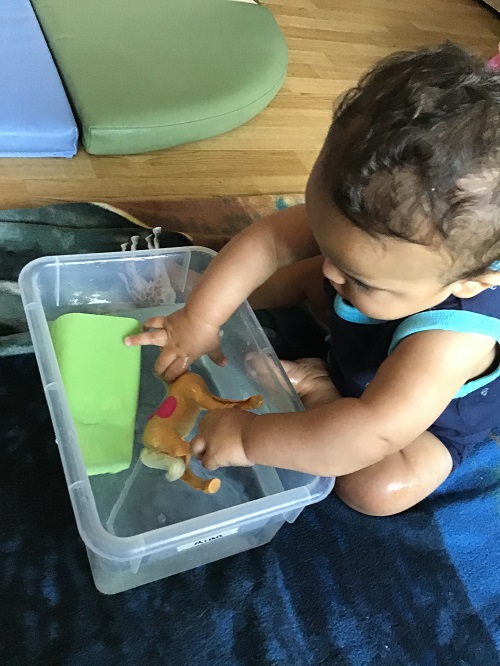 When the infants are not enjoying water play on the playground, they were out exploring the community. This summer there was lots of construction near our St. Brigid location. The infants loved to stop and observe the different machines at work. This also meant more traffic and more cars to wave at. During the weeks that they are on walks, the infants often walk around the corner to Nithridge Estates. Hey have two horses named Mac and Trino. The infants get very excited to pet them or even feed them carrots. The Nithridge property has a trail that goes through a forest. The infants often get out of their strollers and practice some independent walking. They also make connections with their community by walking around Ayr. 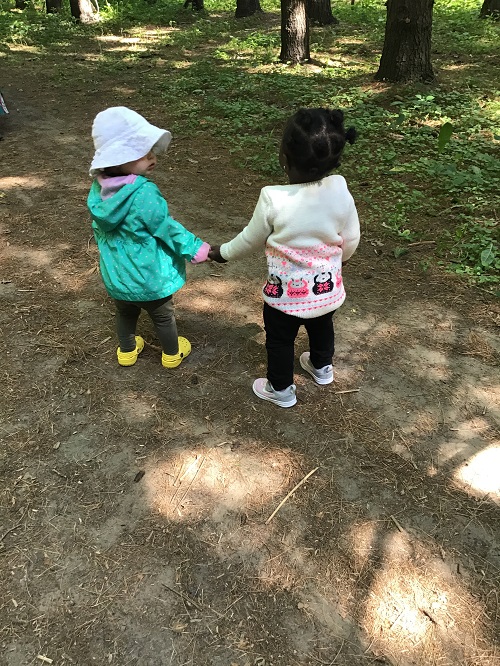 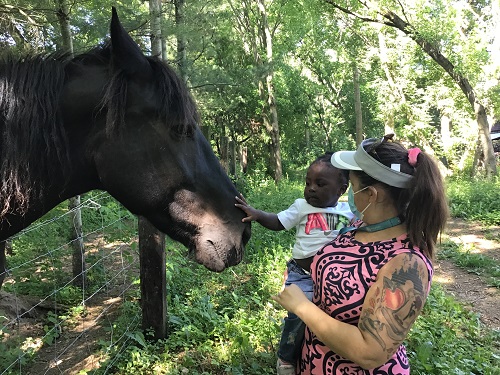 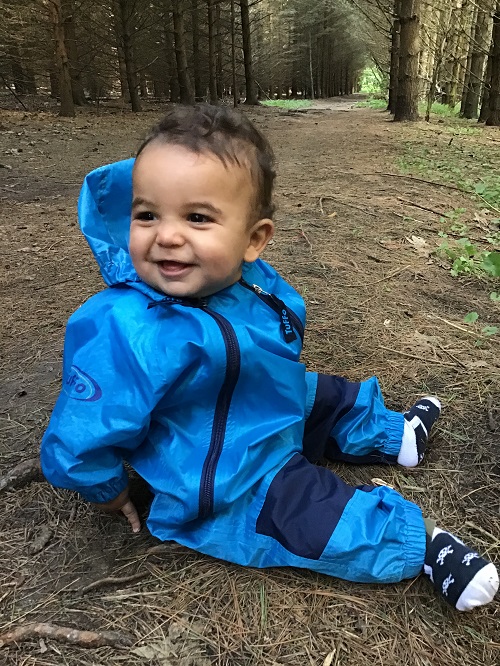 In August they decided to have a picnic in Centennial Park. They brought a wagon with a cooler, ball, chairs, chalk and books. Before they ate the infants spent some time playing in the gazebo. They had a dance party, drew on the cement floor with the chalk, chased the ball and read the books. When it was time for lunch Rian and Remi sat in tray chairs while Cecilia, Peyton, Nika and Phoebe sat on the ground (on a clear mat). The fresh air and birds chirping made for a peaceful environment as the infants enjoyed pizza subs and watermelon. The infants had so much fun, that they decided to make this picnic an annual summer event! 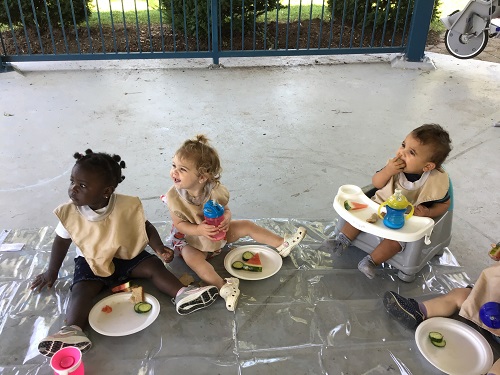