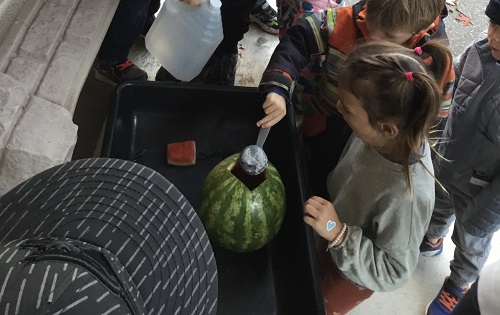 This month the School age children have shown an interest in various science experiments. To support their interest the educators set up a watermelon, so they could make a watermelon volcano. The children enjoyed adding all the ingredients (baking soda, vinegar and food colouring) to the watermelon and excitedly watched to see what would happen.

This simple science experiment allowed the children to develop resourcefulness and problem solving skills. It also nurtured curiosity, helping the children acquire a new way of asking ques tions and understanding the world around them. 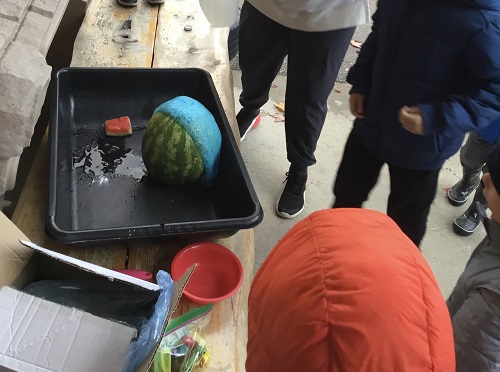