Adding, Subtracting and of Course Fun!

This month the preschoolers have been learning all about numbers. Ashley has made a creative way to help the children with their counting, seeing numbers in a quantity, counting in an ascending order and seeing the number in a number form.

Ashley has given each child participating a dice in a small container that allows the child to shake the dice around without it rolling all over the table or floor. She then gave the children counters and a laminated photo.

On different days, Ashley would change the theme, counters and pictures. One day the children had a picture of a wagon and a bucket of little pumpkins. The children then shook their die to see how much they rolled. Then they would put that amount of pumpkins on their wagon. Maya said, “Look Ashley I rolled a 3.” She then counted out three pumpkins on her wagon. Bora said, “Look Ashley my wagon is so heavy. It has so many pumpkins on it.” Ashley then counted with him how many pumpkins were on his wagon and they counted six together. It was interesting to hear that even though the children did not have to carry or pull the wagon, knowing that the more pumpkins that were on their wagon picture would make the wagon heavy if the pumpkins and wagon were real.

Another counting game Ashley brought out one day was a laminated picture of fish bowls and buttons. The children shook their dice and fed their fish that many buttons (fish food) to their fish. Malina liked to shake her dice and said, “shake, shake shake!” Then along with Ashley counted out 3 buttons. Chloe showed Ashley two fingers and said, “Look Ashley I got 2” Ashley counted with Gray and pointed to the dots as they counted. He used his fine motor skills to pick up the buttons to feed his fish.

Another game Ashley brought out was Apples Up on Top that goes along with the story “Apples Up on Top.” Ashley first read the story and along with Ashley, the children counted along throughout the story. Once the story was done, Ashley handed the children a picture of an animal and a pile of apples. She then showed them the spinner and explained how they were going to play the game. Each child took a turn spinning to see how many apples they had to add on top of their animals head or take away because their apples “fell down”. This game not only allowed the children to practice their adding and ascending counting it also allowed the children to practice their subtracting and descending order.

The children really seem to enjoy these games and allows them to practice early math skills, which will help them later on for school. 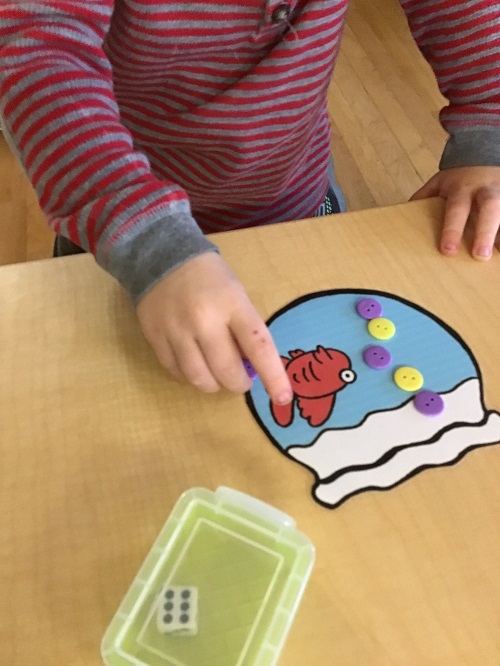 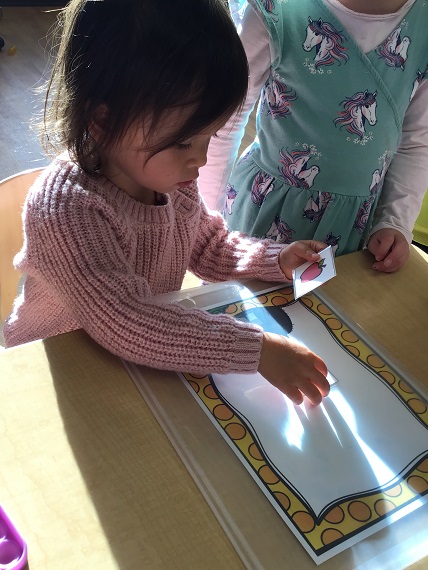 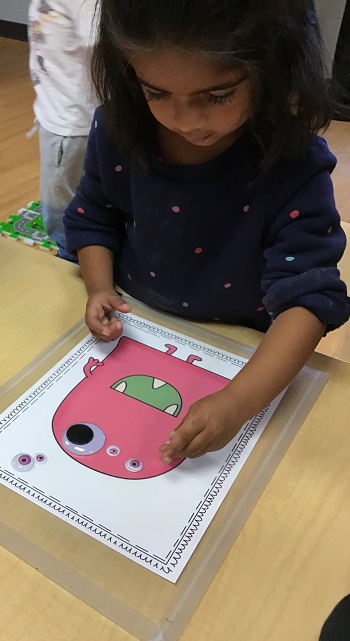