Bugs We Found in the School Yard

The Jr. Camp children participated in a project about bugs. This topic started one day when we were outside, and the children noticed there were ants, grasshoppers, spiders, and beetles all around us. “Teacher, we want to catch them” said Minjae and Ha Jin. This interest in catching the bugs led to the whole group helping each other to search for, and catch the bugs around them. On the first day, the children used their hands and their hats to catch the bugs. They were very patient, and were reminded to be mindful of the wings, and legs of the bugs. We wanted to preserve the bugs and leave them unharmed after release. On another day, the children were sitting under the tree. “Hey, these leaves have little green balls that look like peas,” Geetanjali said. The children all started picking leaves off the tree. They were interested in finding out more about what these green balls were. Lisa brought in some nets and bug catcher containers. The children worked together to catch bugs. Minjae caught a brown-coloured bug. “Teacher, what is this bug called?” All the children were enamored by this bug. They wanted to know what these bugs and things on the leaves were. These experiences led to us inquiring further about the topic of nature and bugs in our school yard.

To develop the project further and to learn the names of the bugs we see around us, some bug toys and books were brought in for the children to explore. As the children read through the books, they learned that the brown bug Minjae had caught was a cricket. They also participated in making crafts with loose parts to represent a variety of insects.

The children enjoyed using magnifying glasses to take a close look at the details of the bugs. They discussed the names of the bugs they saw in front of them. Geetanjali while holding up two butterflies. She taught us that, bigger butterflies were female ones, and the smaller butterflies were male – “This is what I learned from my teacher”, she said.

We also went on a nature walk to a nearby trail. Here the children found worms, and snails. Hajin even caught a butterfly with is bare hands. He then released it.

In reflecting upon our bug project, we noticed that there was a significant change in the children’s ability to identify a variety of different bugs. Early on in the project, when asked to draw what bugs the children saw outdoors, the children drew pictures of bees, and one after another, they copied each other because they weren’t sure what to draw. As we researched about different bugs through the use of books, and videos, and as we went outside to the trails, and grassy areas to catch bugs – we noticed these activities provided children with an outlet to learn about different types of bugs. We learned that the green balls on the leaves were called galls. We learned that the bug we caught was a cricket. Each time the children saw a bug and asked what it was, we would all help each other to identify it by using the knowledge we gained during our research, or by using our own knowledge. At the end of the project what really surprised us was the wide range of bug creations the children made using clay, and loose parts. They made all kinds of bugs, ranging from worms, ants, dragonflies, and grasshoppers. We were so excited to see how much the children had learned, and how in such a short amount of time, the children were able to take what they saw outdoors in their everyday environment, and incorporate it in the form of art. The children went from portraying a single bumblebee at the start, to portraying a wide variety of bugs that they saw daily in our environment. We believe that this project was able to give children a sense of stewardship, and a sense of being responsible and respectful to the bugs in our environment. 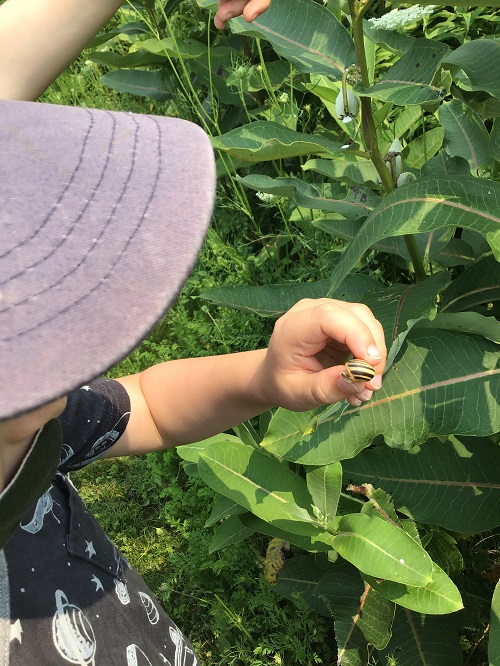 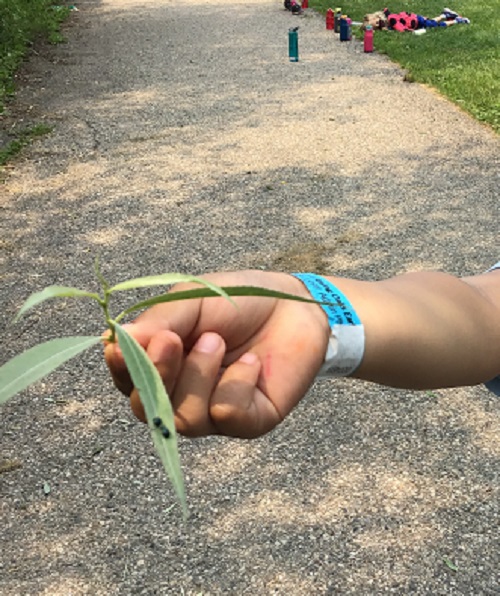 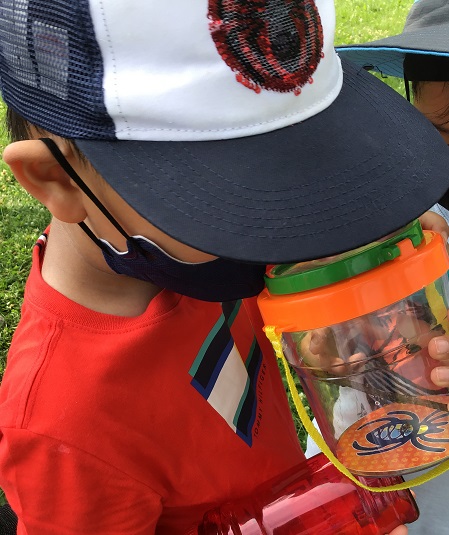