It's All About The Numbers

This month the children have been given opportunities to explore activities that revolve around counting. Math in the early years helps children’s brains to think analytically and have better reasoning ability. This allows the children to think critical of the world and helps with problem solving.

One of the mathematical activities that Ashley introduced was having the children roll a die (or in this case shake a container with a die in it). They then count the number they rolled by counting the dots on the die. This gave the children an opportunity to work on counting in as ascending order form 1-6. The children then were given different materials to go along with the die to enhance their learning.

One of the materials that enhanced their counting skills was buttons and laminated cupcakes. After shaking the die in the container and counting the dots on the die the children added that many buttons to decorate their cupcake. Some children took a little bit of time to understand the process but with help they were able to quickly shake their die around, count the dots on the die and add that matching number of buttons all on their own. They were quite proud as they shouted out the number of buttons they counted up to. Maya said, “Look Ashley, I rolled a 5. I put 5 buttons on my cupcake. I want to eat it.” As she laughed.

Kayla came up with the idea to have the children roll the die and count the number and then make a tower or creation with that many blocks. As we are working on a building project this was a great math activity that went along with our building project. The children were quite excited to try this out and give their counting and building skills a try. Owen M said, “Look I rolled a one.” He then showed Ashley one block. As he rolled again he had rolled a one again. He laughed and said, “Ashley I rolled a one again. I can’t build a tower with one block. I have to keep rolling.” Tanner had rolled a five and staked his blocks up. He then rolled again and again rolled a five. He looked at Ashley and said, “I rolled a five again, I don’t have to build it.” Ashley then asked him,” Well maybe you could build your five blocks in a different way, how else can you build with five blocks?” Tanner looked at the five block tower and began to take the blocks apart. He then placed a couple on the table in a row and then layered the blocks to look more like a wall then a tower. He smiled and said, “I did it.”

Ashley also introduced Bingo to the children. She gave them each a laminated Bingo card and held up a number. The children then had to look on their card to find the matching number. The children were so excited when they were able to find the match. They started to say in chorus, “I have it, I have it.” Or “I found it, I found it.” Ashley got the children to repeat the number back to her which also works on vocabulary and letting the children put a number to the written amount. Introducing Bingo to them gave them an opportunity to see new numbers or numbers they know in a different way like in pairs and extend their number knowledge instead of just familiar numbers. Ashley would say the number like twenty-five and then say, “Look for a two and a five together, that makes twenty-five.”

These math activities will help the children for future life skills like, special awareness, measurement and understanding shapes. There are so many learning opportunities that counting can lead to like representation, having to label the number with words, using symbols and objects to represent an amount. These skills will help them gain confidence and get them school ready. 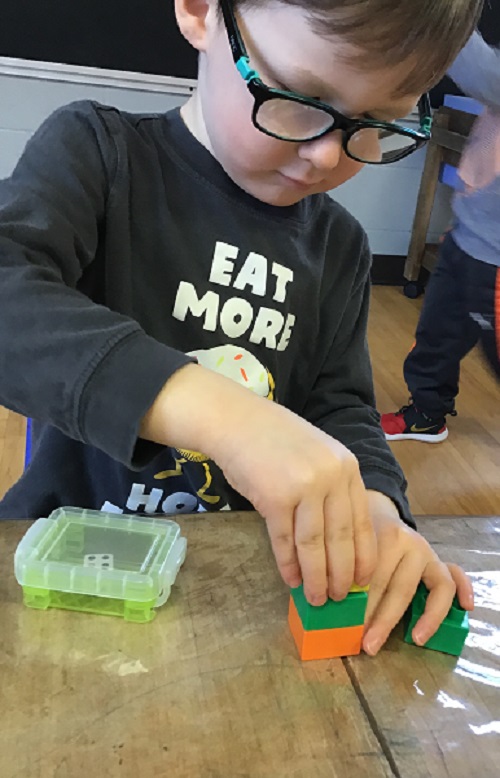 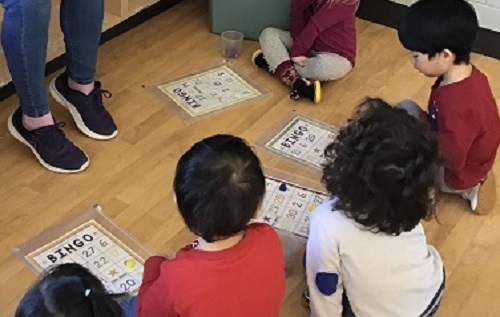